Here is the portrait of an Alsatian winemaker who made the choice, a few years ago, of organic farming and winemaking. A peaceful man, far away any biofundamentalism who doesn’t only think about environment but also act according to it, to finally produce in the greatest respect of his Terroir, a wine who looks like him, like them with his wife Mathilde Perron.. Today, I’ll introduce you to the Beck-Hartweg estate through Florian, young owner of this place. Florian, the Science and the ground

I met Florian almost ten years ago, while we were still young. We were members of a wine forum which was named degustateurs.com . Despite his young age, Florian was already really measured in his words, and was also preferring to argue, think, explain and listen to inveigh and impose his point of view.

Born in a winemakers family, the professionnal road was obviously traced, but Florian took the time to do the good choice before being totally part of the estate. For sure, he did the oenology school in Rouffach as others winemaker’s children but he continued his cursus after that, with a degree in international Business in Strasbourg and a specialization in languages, (and travels around the world linked to it). Still today, by his membership to think tank as Université des Grands Vins and Vinabio, but also by personal readings and learnings on wine growing techniques and other farming sciences, he’s active in the intellectual side of winemaking.

Obviously, Florian chose the biological way, in the pure continuity of his parent’s work, but once again he’s building his own path, he doesn’t limit himself to follow the good organic viticulture rules, but he try to precede those of tomorrow, building on its past.

Nature as an example Knowledge of nature and its behavior are primary things for the estate. Soil life is, in the philosophy of the house, the alpha and omega of the design of a terroir wine, also the necessary attention is paid to preserving the quality of the substrate. To understand the strategy of the domain’ soil management, we must start from the premise, clear, Florian likes to repeat: the goal is to let nature do at the maximum, we realize that the places where the soil is the best is the one where man has not set feet. It is needed, from there, to establish a long process to approach the quality of the soil of (real) woods. Today, the soils are obviously no longer weeded, nor tilled , are not mowed, fertilized and they almost don’t see motorized vehicle.

Another thing done by the estate, unusual, but which gives really nice results is to avoid to trim the vines. Indeed for them, a trimmed vine will use more energy to produce leaves than to ripe the fruits, and believe me as a direct witness, the vines at the domain don’t look like a mess, and the wine in the bottle is the best quality proof of that method.

This is because they were looking for the most natural results possible that the Beck-Hartweg family has gone to organic only in 2008. Indeed, the “traditional” bio work on the vines implies plowing, and the Beck-Hartweg wanted to avoid it for mainly 2 reasons : the plowing, if done always at the same depth causes a “sole” (a kind of crust that becomes waterproof with time) and  it messes all the wildlife and flora in surface, while Florian is searching for a durable balance of all elements. Year by year, the mowing, which gives a real mineral boost to the vines, has been delayed more and more until to finally stop it. The fact to stop it and to lay down the herbs givz a “vegetal skin” to the soil which decomposes slowly during the year. 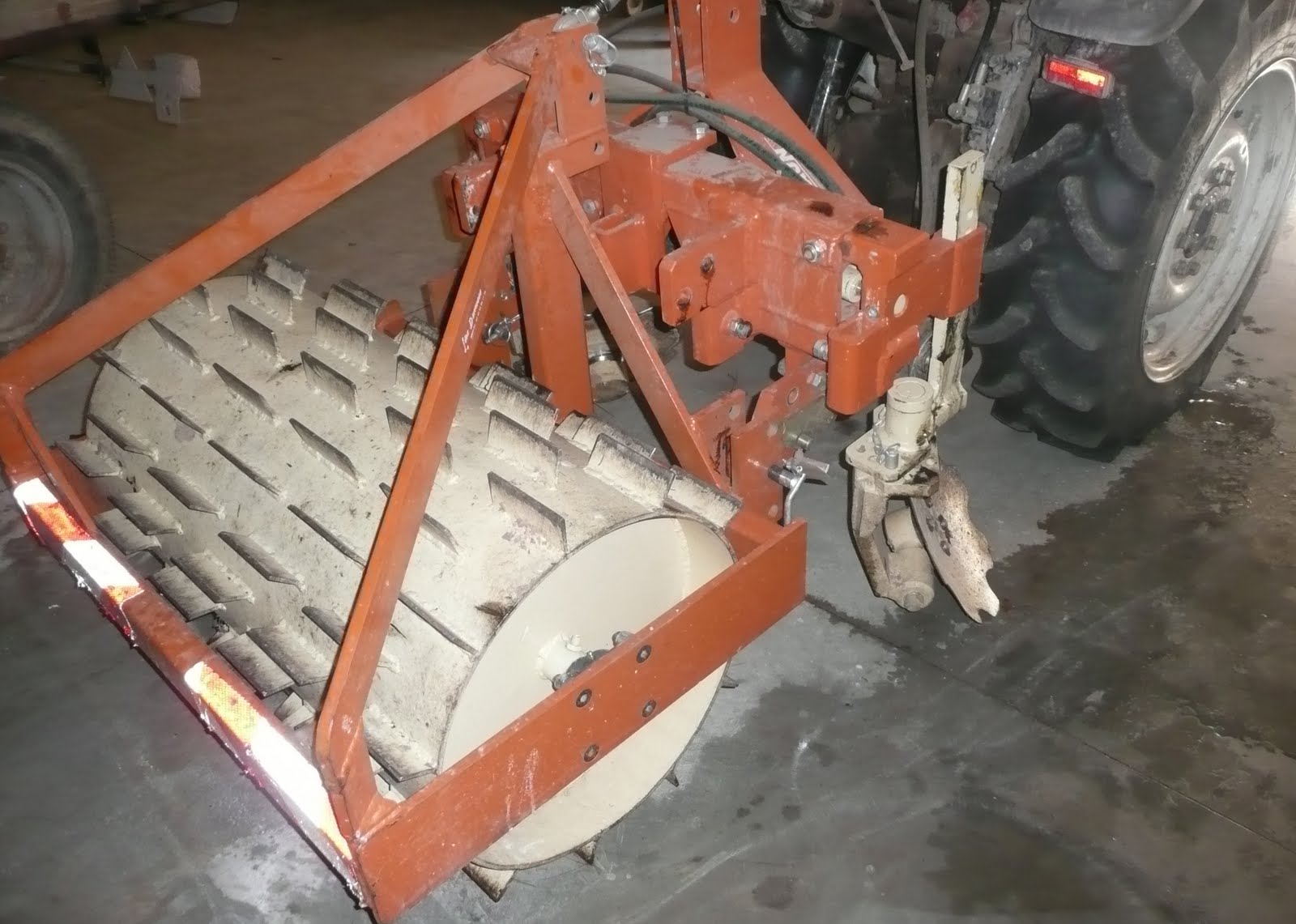 The Innovation of the knowledge

Florian is at the forefront of agricultural technology but has no technological material at home, because it is on the understanding, prevention and manual work it all happens. A funny example is when he has changed his accounter, the man told him he has an error because only 17€ where noticed as chemicals during the last year… and obviously there was NO mistake, because only SO2 is allowed here. One thing admirable here is that every choice is guided by a goal and not a constraint. Even the choice to not delegate repetitive and easy tasks on the vines, because for them it is in each easy move, the less technical ones, we take the time to observe the environment, to feel the best the soils. In each decision made, the practicality and the theory are taken into account to give a real meaning to each action. The soil’s work find its natural philosophical continuity in the cellar. As explained, only the SO2 is used at the domain, and all technological chemical products are banned. The sulfur’s use is always the subject of passionate debates in the vinosphere, especially its non-utilization actually. Under Mathilde’s push the domain is more and more in the way to a decrease of sulfure’s use, but with the wisdom worthy of Jules Chauvet : when avoiding sulfure is searched, it mus be the goal and not the means, because wine should express its terroir and not its production.

Florian and his wife Mathilde owns the domain Beck-Hartweg, century estate in the lovely and authentic village of Dambach-la-Ville. This town, if less known than Riquewhir, Ribeauvillé or Kaysersberg, is one of the most importants one in Alsace in term of wineries. Another advantage is, because of a less touristical reputation, that Dambach has preserved  real quality of life at human size, respecting the town’s past, as the Beck-Hartweg family does in his exploitation. The first records of the domain date from 1590, and Florian Beck-Hartweg is the 14th generation of winemaker here in the family. The area, a bit less of 6ha, shows the willing to keep a direct control all over the domain’s fields. All plots are distributed around Dambach, with just a small incursion near the village of Nothalten. The “best” Terroir is the Frankstein, made of granit, which is largely represented at the domain. While the estate has recently added a beautiful plot in its ownership, the question of enlargement is obviously posed by the curious I am. But again, wisdom and reflection are in place. The desire is to work manually all parcels, 6hectares production is the high limit. The few acquisitions will enable Florian Beck-Hartweg and Mathilde to increase the time of fallow land, a “time luxury” that is important.

The price’s politic at the domain is extremely wise, despite the fact they can’t produce enough wine to satisfy the buyer’s needs. Once again it is a familial choice, that of living of its business without trying to get rich, that of proximity with customers and contact with them. Without compromising on the quality of work, it is by saving money from participation to expensive wine fairs, by preferring direct selling than wine agents  that the financial model is on track. Unfortunately, in a society where many things a based on the price and the money, we can’t deny an image deficit in the media regarding some more expensive colleagues.

Located at the foothills of Frankstein, the area is clearly marked by Granit, though sandy soils are also present quite widely (and a small volcanic touch on a parcel). The style of wine is marked by these two types of soil, according to the Cuvées. In general, the Frankstein, which is one of the best-delimited Grand Cru of Alsace with its 4 successives slopes south-oriented with the same geological, produces wines that take a little time to be drinkable with pleasure. Young, an impression sometimes a little sweety  dominates before, after a few years, the salinity takes over and reveals the minerality of the wine in all its finesse. Loamy soils give  shallower but more aromatic wines young.

Buying wines here for many years, I have the impression to be the witness of a quick evolution of the wine’s style, but always in the continuity of the house’s ADN. The wines have always been gently growned up in the cellar. The Grand Crus quality, especially for the Riesling, has always been there, but the homogeneity is more and more there accross all the wines produced, and the “Vins de Coteaux” have incredibly gain in deepness and structure regarding what was produced 10 years ago. In some other grapes varieties, we’ve lost the varietal’s aromas and gained in “Terroir” smells. I’ve also noticed the apparition of “no-sulfure” wines, with higly qualitative Pinot Noir F (produced in the Frankstein area) which shows than Frankstein expresses himself despite dthe red wine, with also “Tout naturellement” cuvée which is a real “friends wine”, a bit marked by the specific aromatics of that type of wines. The domain is, at this stage, at a real crossroad where stylistic choices will to be done, with always the goal to express at the best the terroirs and their expressions. I strongly believe in Mathilde and Florian to remain the winemakers they are and to continue the domain, with its particularity.